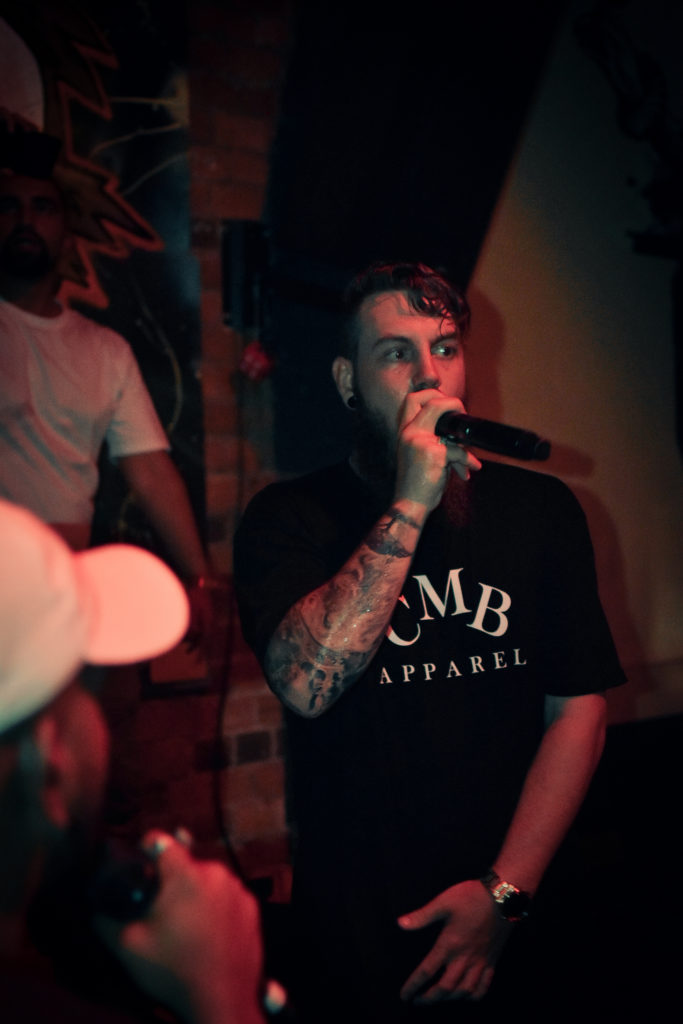 Apex is an up and coming independent hip hop artist from Gippsland Victoria.

He began to write music in 2010 at the age of 15. Inspired by the worldwide hip hop culture of rap music , break dancing and graffiti , he started to take his passion seriously recording his music at ZanAri Records , a local studio in Gippsland Victoria.

By 2011 Apex started to perform his music at underground hip hop shows in the suburbs of Melbourne and surrounding areas in Victoria.

Over the past 8 years Apex has focused on his music , recording and filming more content with ZanAri Records to take a step to the next level as an aspiring independent hip hop artist.

As a founding member of the hip hop crew “KA$HRO CLIQUE” Apex has set his focus towards helping the collective to become a serious name in the Australian hip hop industry. 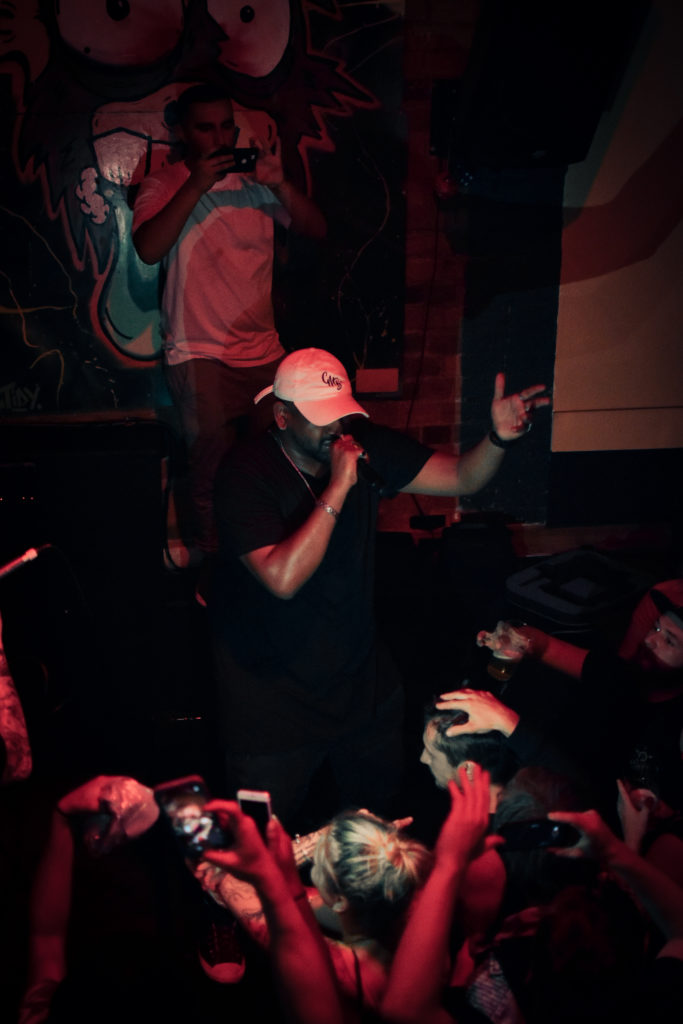 King Kreo is a vocal & visual artist hailing from Melbourne’s southeast. Born in Auckland, New Zealand, he began playing the piano at the age of 3 and has always been heavily involved in visual arts and music. Having played in jazz bands, classical ensembles, fusion bands and Hip Hop crews King Kreo has developed a diverse and accomplished style.

In year 10 he won his first rap battle against an older student, which resulted in a heightened interest in the battle scene. After the battle an older student and rapper at the time approached King Kreo with an offer to battle professionally in Melbourne’s underground. Over the next 4 years he was heavily involved in the Australian battle rap scene, performing for various different leagues such as Got Beef?, Grind Time Now Australia, One Outs and more. This involvement saw an aggressive, bar heavy, underground presence emerge from the young artist’s style and sound. During the height of his battle career he battled on the same card as the 360 VS Kerser battle, arguably the biggest rap battle to occur in Australian Hip Hop.

After finishing high school, King Kreo moved to Geelong to study law. While performing regularly at the Laundry Bar he was noticed and signed by independent record label ‘Raw Lab’. Producing a string of singles and music videos with the assistance of label owner Big T. As his craft developed due to spending more time in a professional recording environment, he moved away from the battle scene to focus purely on music. Although the experience was nothing but positive, the label disbanded after a year and half resulting in a switch in direction for the young artist.

While in Geelong, King Kreo studied at an arts institute called the Oxygen College. He successfully completed a diploma and Advanced diploma in music performance, While working with other musicians at the college he also formed a fusion band called ‘Glass Wolves’. After completing his diplomas he produced his first completely original EP titled ‘Introspection’ recorded at Don’t Poke the Bear studios.

After ended a 6-year relationship with his long-time girlfriend at the beginning of 2018, King Kreo moved back home to the southeast suburbs of Melbourne where he currently resides. After re-connecting with childhood friends and settling back in home, he has brought various individuals together to from a collective known as ‘ THE KA$HRO CLIQUE’, an independent label for artists and creatives. While still in it’s early days the label is working tirelessly with ‘CMB Apparel’ and filmography company ‘MURKD OUT MEDIA’ to lay foundations for what will surely be a creative powerhouse and heavy presence in the Australian Hip Hop scene. Within the past 6 months alone, the three crews have worked together to put on a sold-out independent show as well as releasing a string of high quality music videos. King Kreo also recently opened fro Dizzy Wright along side fellow artist and long time friend Chevy Levett.

Over the next 6 months a lot of new content can be expected from the aspiring artist and his crew, watch this space. 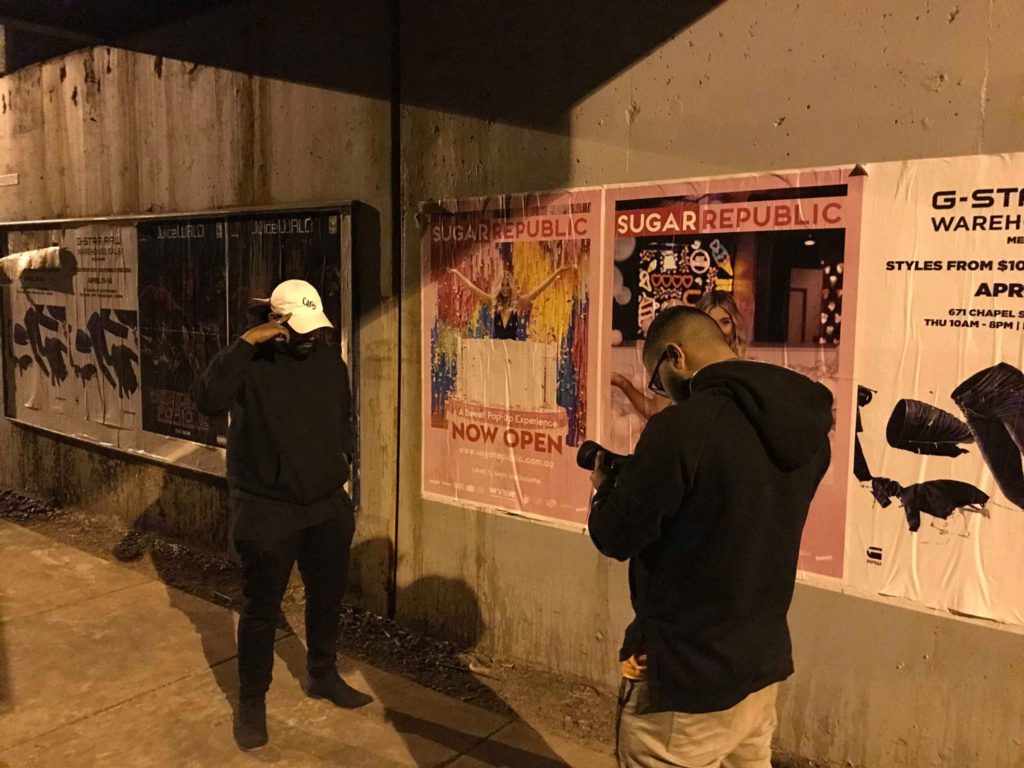 M-O-M started this year in January based in Melbourne South East with weekly uploads of Music Videos it is a fast growing business putting on all local artists!

Since the launch the videos have had an excellent response from the people there is opportunity to grow now into the industry and have been working with a range of artist for new consistent content each week there is a Murk The Mic session inviting all artists from vocalist to rappers!

We aren’t just focused on Music we have a member deeply involved in Melbourne’s Car Scene which is a major focus point for the business!

#murkdoutmedia to have a feature on the page

https://www.facebook.com/murkdoutmedia/ YouTube is the best resolution to show the full view of 4K video 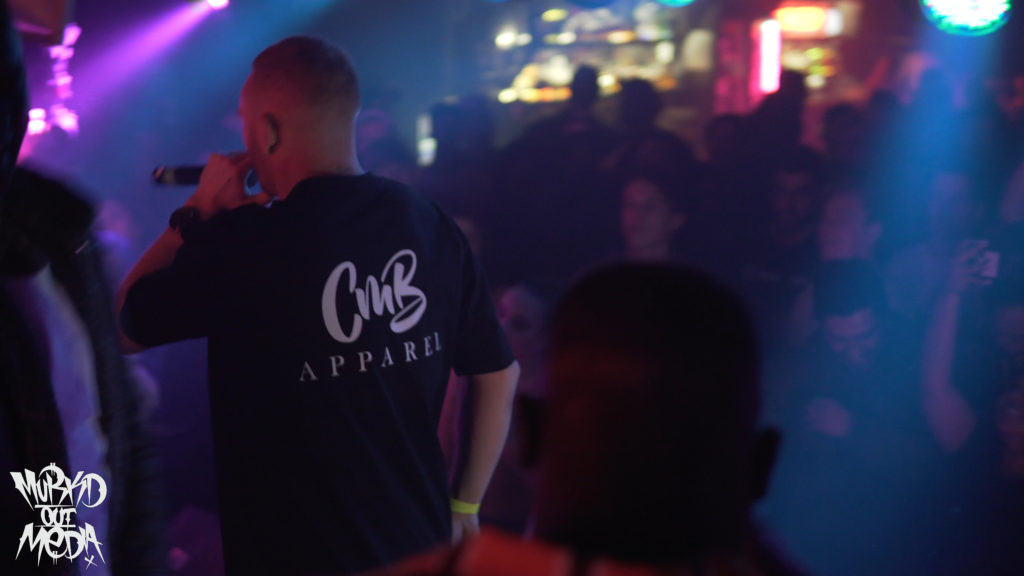 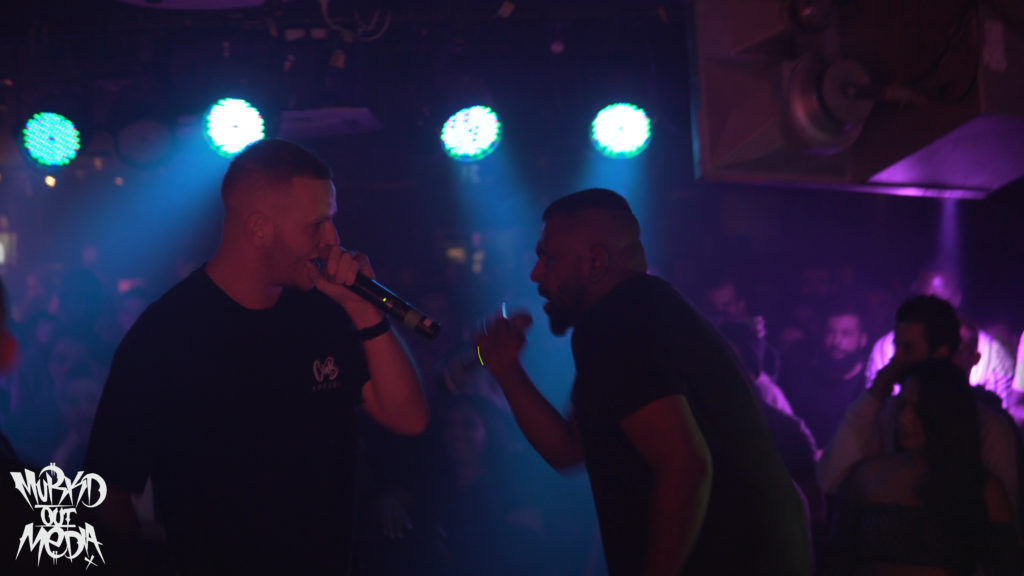 Chevy Levett is an artist hailing from the south east suburb of Melbourne. Chevy started off as a battle rapper on in early 2012 on Gotbeef and grindtime now before making the switch to a recording artist. He has just recently finished off a massive stint with 360 and universal music which saw him perform at the official Aria awards after party. He hasn’t just been making waves recently, in 2014, he was hand chosen by Bliss N Eso to be their support act performing in front of thousands of people at Flemington racecourse. He has also supported other Aussie heavyweights such as Seth Sentry, Horrowshow and plenty more. With a total following of more than 100,00 thousand people and more than 3,000,000 views across his social media platforms, Chevy is definitely ready to take over the game. 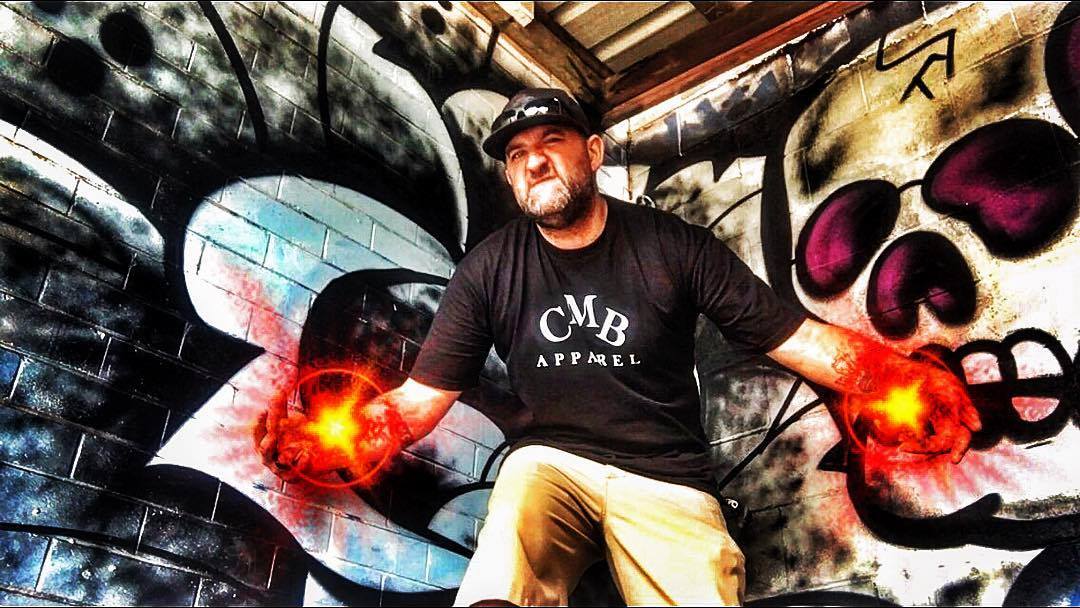 I used to sing in punk bands, until one night I was trying to break up an argument between my mate and some dude. The dude grabbed me by my throat and ruined my angelic singing voice. That’s when I started writing raps in 2008.
It took me about eight years of perfecting my craft until I was ready to get out, into the ADL Hip Hop scene and start doing shows and shit.

I’ve done shows with artists such as Chris Webby, Obie Trice, Dizzy Wright, Complete and Kogz. Among many others dope local Australian artists. I’ve been featured on WOW FM (local ADL radio) to talk about my first headlining show in December 2018 to celebrate the one year Anniversary of my debut album, by the name of Anti Hero of the Subterranean. Which can be downloaded on all major streaming providers. I’ve been signed to a NYC Hip Hop record label by the name of Bentley Records. I was signed to them for 12 months, until I decided to end that and continue as an independent artist. I’ve also been featured in an American Hip Hop magazine by the name of 1 World Magazine (shoutout to those legends).

In January 2018 I received a clothing sponsor with the raddest clothing label in Australia, the CMB FAMILIA and also flew over to Melbourne to do a show that was put on by CMB and NATURAL PROFANITY. That was some crazy shit!
2018 my song Let Freedom Ring was also selected by the Gza and DJ Symphony from Wu Tang to go on to the first volume of the Wuinvasion mixtape series. DJ Symphony liked my song so much that he asked me to write a song to a beat that he made himself and he put that on Wuinvasion volume 2 also.

I’ve had a couple of radio stations play my songs both here in ADL and over in Perth. I’ve released two seperate varieties of merchandise and also sold over 100 CDs of Anti Hero of the Subterranean.

2018 and the first half of 2019 has mostly been about getting some videos out on YouTube. I’ve worked with ADM PHOTO on the Life Behind Bars Hip Hop series, released a music video for my highly applauded song called Let Freedom Ring amongst many other filmclips. Go check them out on YouTube.

At the moment I’m actually working on four collabs. One with American female Emcee by the name of Lanie. One with a Brazilian producer By the name of Ricky Ivybez. One with a Tanzanian Rapper by the name of Snow Wiz and another with A dude called Jestures from Adelaide. I’m also going to release a brand new EP around August/September time. Which i can’t wait to get out. Get keen! 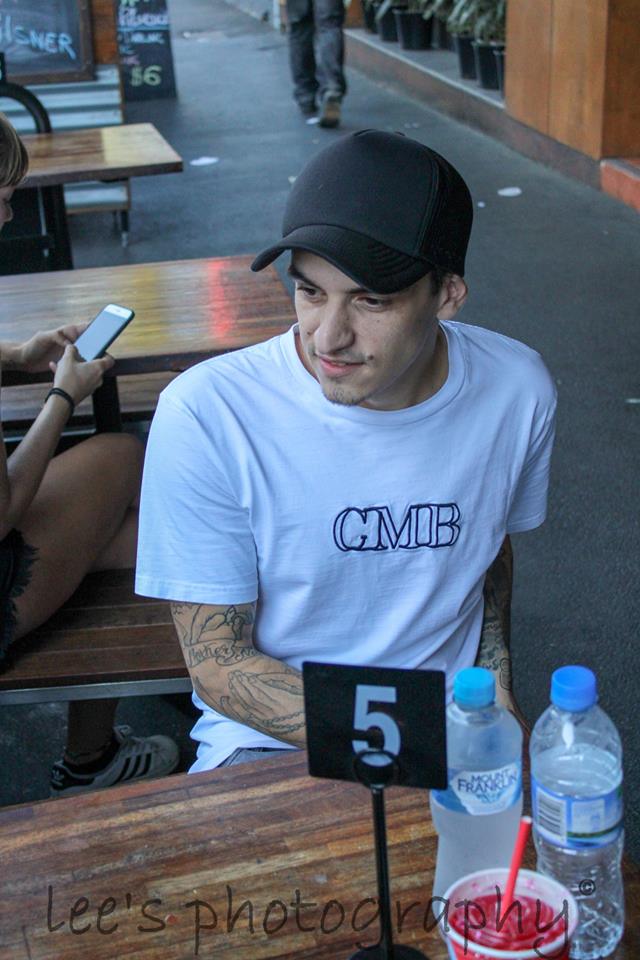 Got a few songs up on Soundcloud https://soundcloud.com/le1ghth4l

And a few videos on YouTube for the homie https://youtu.be/bgz8OHBxYi8 we’ll have a YouTube page up soon so
Keep your eye peeled

Big thanks to 9na5 Enterprise For the inspiration and big thank to cmb apparel for having me at grumpy last month was a amazing night.

Lots more on the way keep them eyes 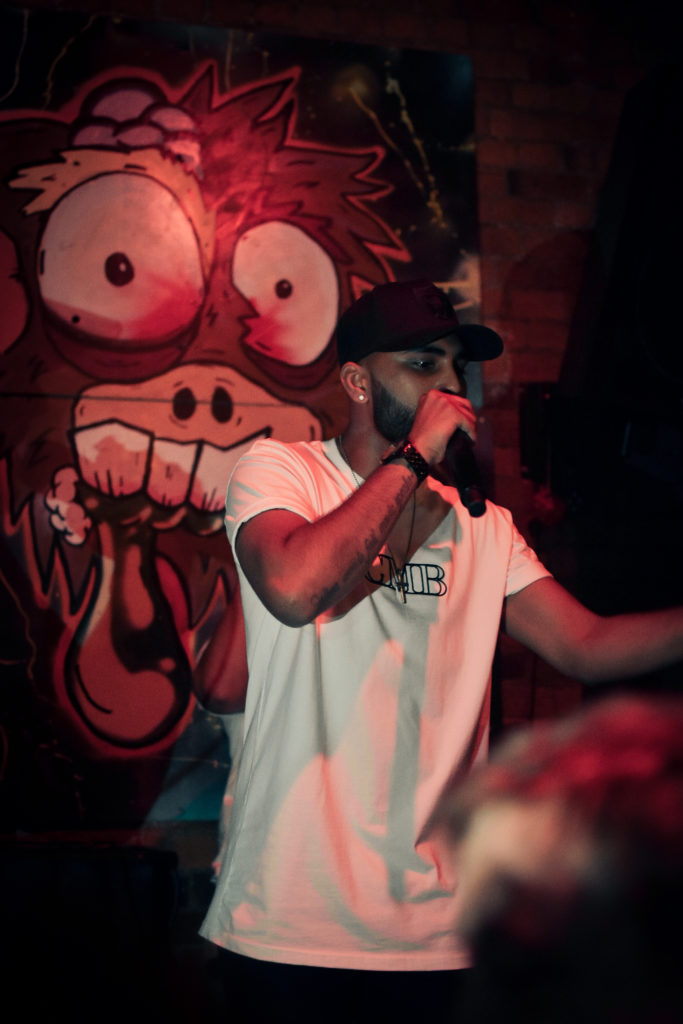 RIIDICULE is a recording artist hailing from the south east of Melbourne city. Also known as Ronald P his artistic journey started back in 2010, when he started experimenting with poetry in the early days of high school, eventually recording his first track at 16. Since then his artistic style has been constantly evolving, and after a 3 year hiatus dedicated to exploring an ever expansive genre, he’s back on the mic with a catalog of tracks and his tape titled “No Days Off” set to drop in the coming months.

Inspired by artists such as 2pac and J Cole his sound is a refreshing mix of old school hip hop, trap and soul RnB.
Although he’s fresh in the scene, RIIDICULE is set to be making waves so make sure you keep an eye on him.